The seduction of self-growth 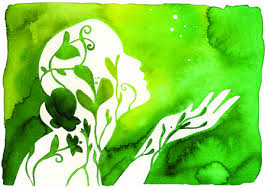 Enhancing our self-awareness and using this increased awareness to grow out of our self-imposed constraints is perhaps one of the most important processes we will undertake as human beings. Our positivity stems from this process and I myself am a big fan of self-growth.
However, some of my recent experiences have made me ask this question: has self-growth become an obsession for some of us? And, no, I don't allude only to those who hop from workshop to workshop, collecting nuggets of clarity. I'm talking about a larger mass of people - liberal, kind, empathetic, generous people - who seek to convert every problem into a self-growth problem.

Take for instance an important problem (I think) the world is facing now: how to minimize the damage that's likely to be caused by the Trump Presidency?
I pretty much pressed the panic button in June 2015, when he gave a nauseating speech announcing his candidature. My friends in the US thought I was being ridiculous by thinking he could win. And here we are.
The merchants of self-growth, when they hear me ranting about Trump, have these questions for me:

The self-growth merchants are coming from the vantage point that we choose to get affected by things. They have a solid point. After all, it is I who sees a threat in Trump, it is I who gets worked up about him and it is I who can calm myself down.
Self-growth merchants think it is SUFFICIENT to work on oneself whereas I think it is NECESSARY but not sufficient.
It is fallacious to trap a macrocosm in a microcosm. By working on myself, which I have been doing continuously, I can gain acceptance and coping mechanisms. Both acceptance and coping are necessary yet insufficient. Because I also want a CHANGE which can be triggered by self-growth, but is not limited to self-growth.


Self-growth merchants usually operate on the premise that everybody aspires to be in a constant state of happiness and peace. As if living in this trance-like state is the pinnacle of our personal journeys. But then infants, animals, dementia patients and consumers of narcotics easily attain happiness and peace - they may not use introspective thoughts as a drug, but they get to the same place. So... should we believe that being shrouded in an aura of positive emotions is somehow a sign of wisdom?
Self-growth is seductive. It promises every pleasure known to humankind and under-delivers every single time.

Whether we are talking about Donald Trump or the state of our marriage or our desire to see our loved ones succeed or our relationship with money, we are talking about US and the OTHER. While self-growth helps us work on the US factor, we need the willingness to engage with the OTHER in order to achieve concrete results.

These results cannot be produced by creating a garden of herbs in our balcony, wearing tribal jewellery, consuming organic products or even meditating. Again, you could see these as necessary steps but not sufficient steps.
We are standing at a precipice, looking down at the damage done by global climate change and we need world leaders who will start devising solutions today that will see us through to the 23rd century. Because that garden of herbs will give us little pleasure when a mushroom cloud forms over it. Or when the oceans swallow it and us along with it. Or when the sun scorches it into potpourri.

Future generations will judge us, not by how happy and peaceful we were, but by what ecological legacy we bequeathed to them.
I have a suggestion to make to the crusaders of the self-growth movement: get key stakeholders around the world to subscribe to your worldview. If Donald Trump, Marine Le Pen and other leaders of a disgruntled Europe, the Koch brothers, oil company executives, automobile industry leaders and countless other movers and shakers of capitalism are willing to value self-growth more than material growth, then we shall have no problem and I will eat my words and wash them down with a lemongrass smoothie.
If that's not possible, we need engage with the world by expanding our spheres of influence. The conservative thinkers - who often tend to be fundamentalists - are already engaged in politics. It's time for a great number of liberals to engage similarly, to look beyond self-growth. This journey will be dotted with negative emotions. We'll need fear to motivate us, anger to energize us and regret of not having done enough to keep going on when the path is tough.
Not all of us will be enthused by the same collective missions. The context in which I find the desire to do more is Trump. For you, it could be something else. But whatever issue you choose to work on, I request you to remember that you cannot choose to be politically un-involved. Whether we like it or not, we have to grapple with the power monsters we have collectively created. For our sake and the sake of those we love.
As always, we need to embrace two opposite ideas that have equal merit. As we work on ourselves, we also need to find the resolve to work with the world. When we talk about self-growth, we also need to talk about collective growth.
Posted by Eshwar at 8:58 PM No comments: 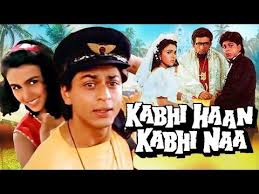 The year was 1994. I was in my second year of engineering, experiencing a late onset of puberty, combined with a stubborn craving for an idealistic life. Mere chance led me to the Ashish theatre in Chembur, Mumbai, to watch Kundan Shah's new movie, Kabhi Haan Kabhi Naan (KHKN). An unknown actor named Shah Rukh Khan - who had already given a couple of hits and was destined to give many more in quick succession - was the hero of this movie set in serene, picturesque Goa.
It was perhaps the seventh time that I had stepped into a movie theatre in my 19 years of existence. Therefore, the fact that I watched the movie again the next day in the same theatre must account for something. I gave up many vada pavs and bus tickets for this unprecedented indulgence. Why did I do that?
The elements that drew me to KHKN are the same elements that prompt me to write this review 23 years later. I fell in love, not with the heroine as one would expect, but with the character played by future superstar Shah Rukh Khan. To me, he still remains Sunil. A goofy lovable loser.

Sunil has been in love with Anna since he was a tadpole. The film begins when Anna returns to Goa. As her train chugs into this paradise, the verdant landscape echoes with Sunil's melodious welcoming tune. Yes, Sunil loves music almost as much as he loves Anna. In fact, he, Anna, future-director Ashutosh Gowarikar, rich-bloke Chris (played by Dipak Tijori) and a few sundries are a part of a music band. They coexist or perish together.
The plot complication arises from the fact that Chris also loves Anna. And unlike Sunil, Chris is Raymond's Complete Man. He is responsible, rich and religiously-compatible. He can offer her a life that Sunil simply can't. Sunil is a happy-go-lucky idiot who doesn't have sufficient brains to graduate, let alone find a job.
All Sunil can do is lie and deceive his way out of reality. In an attempt to sideline Chris, Sunil portrays Anna as a torturer of men, a diva without a heart. Needless to say, his lies soon catch up with him. Indeed, when you put Sunil's lies in perspective, you are reminded of a kindergarten kid who, in spite of having thick smears of chocolate on his face, swears on his mother grave that he hasn't touched chocolate in his entire life!
Sunil's lies are as ineffectual and innocent as he is. He lies without vision. He just wants another dance with the woman of his dreams. He wants her to throw one more smile his way. He cares for nothing more, nothing else. His love is at once manipulative and pure.

We know how this story ends. Anna was meant to be with Chris and that's where she will end up. But in the interim, Sunil will come of age. He will be aided in this journey by four men:

In the final reckoning, Kabhi Haan Kabhi Naa is a love story that wasn't meant to be. It stands out in Bollywood history for many reasons:

Clearly, this is a movie unlike any SRK has done since then. In 2007, in the sets of Kaun Banega Crorepati, I again came across SRK.My significant other was in the hot seat. She told SRK that KHKN happens to be my favourite movie of all times. Without blinking an eyelid, he replied:
"He loves you. He loves KHKN. It seems like he has great taste."
That's half truth, half showmanship.

I still love Sunil.
Posted by Eshwar at 2:18 AM No comments: