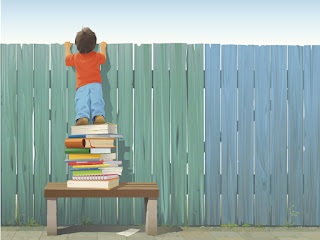 Curiosity is an incredibly useful emotion, isn't it? As a species, our progress has piggybacked on curiosity. Our prehistoric ancestor who asked, "Can I tame this wild and spontaneous thing called fire?" was exhibiting curiosity. So was Steve Jobs, when he wondered whether the phone can replace all other gadgets.
We are born curious and we die curious - still contemplating the nature of the universe. In between, we utilize curiosity as a fuel for our behaviour.
What we often fail to realize is that curiosity is a double-edged sword. When aimed at ideas, it can lead to glorious discoveries and inventions. When aimed at people, it can lead to all kinds of miseries. True, emotions are non-negotiable and curiosity is a naturally-occurring emotion. So we don't have to question the emotion. Instead, we can question our actions.

When we lived in small tribes, we used curiosity to create a phenomenon called gossip. This allowed information to be passed from ear to ear. Eventually, the tribal elder became aware of the information. By knowing that certain members of the tribe were behaving in ways that threatened the tribe, he could take immediate action. Young furtive lovers could be bound together in marriage, disputing couples could be encouraged to resolve their conflicts, bad parents could be asked to mend their ways and so on. Gossip served an important sociological function. Because small tribes could not afford to create a lot of space for individual free will. The tribe would thrive or perish as a whole. That's how it was. That's not how it is today. Modern living has given rise to individualism and all its concomitant blessings and curses.

It perhaps makes sense to come up with a set of guidelines to understand how to channel this emotion so that it always remains a constructive force in relationships.
Let me offer a few basic questions we can ask ourselves just as curiosity grabs us by the throat:

1) Is my curiosity proportional to the importance of the relationship?

You have every right to know whether your spouse is cheating on you. But should you invest time, energy and emotions in determining whether your neighbour/ex-lover is cheating on their spouse? If you feel compelled to do so, can you ask: WHY?
Using curiosity, you can determine whether your child's recent behaviour is the result of bullying. Or whether picking up a new sport will make you more vigorous in your workplace. In key relationships - including the relationship we have with ourselves - curiosity can lead to innovation, solutions, growth and newness.
But misplaced and/or disproportionate curiosity is a warning sign. Introspection might be needed here.

2) Does my curiosity serve anybody other than me?
Whole vocations are founded on curiosity. Sherlock Holmes, the archetypal detective, was curiosity personified. Similarly, we have asked journalists, scientists, novelists, income tax officials and other such professionals to be curious on behalf of society. Their curious noses benefit us.
Of course, we can still be curious for purely selfish reasons. But this question makes us aware that we are pursuing this emotion for our own sake, without attributing altruistic intentions to it. And this brings us to the next question.

3) Does my curiosity serve AT LEAST me?
In the spectrum of emotions, curiosity is labeled as a positive emotion. Logically, it must lead to a positive outcome. But will it always? Human relationships are fragile, prone to damage. That's why curiosity can just as easily imprison you as liberate you.
You might want to know whether your spouse is having an affair. But will you be empowered or disempowered by the answer? At the end of the quest, would you rather have not known the answer? You might experience curiosity when you hold the first cigarette in your hand. But do you want to satiate it? What unforeseen consequences lie in wait?
The worst thing you can do is play a game in which everybody loses, including you.

4) Does my curiosity encroach upon somebody's privacy?
This is perhaps a strange question to ask in an era when people willingly use social media to invite people into their private spaces. However, the keyword here is "willingly." Just because somebody changes their profile picture twice a day, we cannot assume that we can post their picture on social media.
We often confuse our notion of privacy with the other's. For us, sex might be a private thing. For the other, their religious beliefs might be more private than what they do in the bedroom. So asking them a question about religion might come across as offensive.
It's better not to make assumptions about what the other considers inappropriate. Especially at the beginning of any relationship. When we make a new friend, we are better off assuming we know nothing about their value system.

So how do we keep our curious inner child alive while respecting boundaries and regulating our behaviour?
As a counselor, I've been trained to ask my client questions of concern instead of questions of curiosity. Both sets of questions have the potential to make a connection with the other person. The former establishes empathy, the latter not so much.
It seems like our therapy models have figured out something important. Like a therapist, we needn't assume that we must know something in order to connect. Instead of treating the client like a puzzle, the therapist constantly sees them as a mystery. Still a puzzle, but an unsolvable one.
There is an advantage to seeing anybody - even our loved ones - as unsolvable puzzles. In this approach, we introduce a sense of mystery to the human being. Isn't that wonderful? When we see the known person as an unknown entity, we reintroduce freshness in the relationship. We wonder about them. We revel in the mystery. And our curiosity stays alive.
Because curiosity can't exist in the known. It always belongs to the beautiful unknown.
Posted by Eshwar at 3:52 AM